Mike Ford and Peter Traver are STM’s Principals. They provide industry expertise, extensive contacts, and leadership on all recruiting assignments. They are supported by a team of recruiters, research specialists, and administrative support. STM’s staff offers a broad range of industry backgrounds and language capabilities providing our clients with unparalleled recruiting services throughout the world.ls

Mike Ford is a Principal and Executive Recruiter. He has played a key role in STM’s financial, operational, and sales/marketing searches since joining the firm in 2008. During his tenure at STM, Mike has filled numerous executive-level positions with junior, mid-tier, and large publicly traded companies globally. These placements include Board, C-Level, Vice President Finance, General Counsel, Vice President/General Manager, Corporate Controller as well as various middle management roles. As a recruiter, Mike focuses on building relationships and finding out-of-the-box solutions to attract long-term talent to fill specific company needs.

Mike holds a bachelor’s degree in Finance from the University of Utah. Prior to joining STM Associates, Mike worked in sales and marketing for Fortune 500 companies posting multiple top 10% finishes. Additionally, he has lived in the former Soviet Union, speaks Russian, and is familiar with the cultural nuances of the region.

Peter Traver is a Principal and Executive Recruiter. He has been instrumental in filling many executive roles, such as Chief Executive Officer, Chief Operating Officer, and Senior Vice President. He has extensive contacts within the technical sector and has filled a large number of engineering management roles from all types of mining environments. Peter has highly developed problem solving skills that enable him to successfully complete searches for specific criteria in a very short amount of time.  He is adept at quickly determining candidates’ skills and personalities, then matching them with required job specifications and company cultural compatibility.

Prior to joining STM Associates, Peter worked for the Department of Defense as a Software and IT Manager where he was responsible for coordinating information between multiple government agencies. He graduated with a bachelor’s degree in Computer Science. 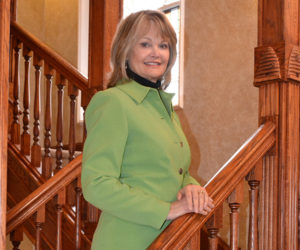 Bev Stevens is an Executive Recruiter with STM Associates specializing in global placements of technical and management professionals in the natural resource industries. With over 25 years of experience in senior-level recruiting, Bev’s niche is finding qualified candidates for difficult to fill positions. Bev enjoys the challenge of finding the right person for the job. Bev has worked with clients in the U.S., Canada, Central America, South America, South Africa, Australia, and Indonesia. These placements include a wide variety of C-level positions, as well as general manager, mine manager and mine engineering roles. 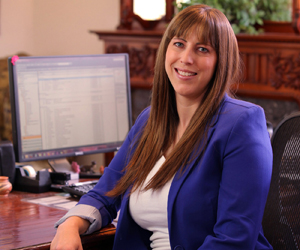 Jen Cairel joined STM Associates in 2006 and is currently employed as an Executive Recruiter.  As a recruiter Jen has handled mid- to senior-level assignments in the coal, industrial minerals, and energy industries. Jen is focused on delivering top quality candidates by listening closely to clients and fully understanding their specific needs and cultural nuances.

Prior to joining STM, Jen was a Legal Assistant for Pruitt Gushee P.C., a natural resources law firm in Salt Lake City. She holds a bachelor’s degree in Human Communication from California State University, Monterey Bay. 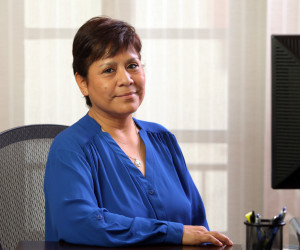 Diana Samaniego has been a Research Assistant for STM Associates since 2005. She provides support in areas such as research, communication, writing reports, and travel arrangements. She has solid organizational, communication, and computer skills, including MS Office applications, and is bilingual in Spanish and English. Prior to joining STM Associates in May 2005, Diana was a Proposal Writer / GeoAccess Specialist for over 10 years at a pharmacy benefits management provider. 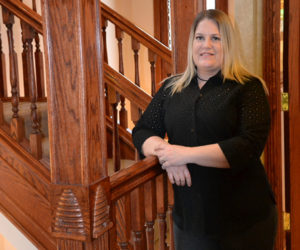 Stephanie Fairbank is STM’s Finance Manager and a Research Assistant. She has been with the company since 2015. She handles the accounting, payroll and reporting functions for the company and assists recruiters in research, writing and communications. Additionally, Stephanie works with company data input and interpretation, as well as manages the day-to-day operations of the firm. Before joining STM, Stephanie studied at the University of Colorado, Boulder, and worked in accounting, executive administration, and as a small business owner.